No Country is a Shithole

President Donald Trump reportedly questioned, “Why do we need more Haitians?” and “Why are we having all these people from shithole countries come here?” in a meeting on Thursday, January 11th. Hosts Seth Daire and JJ Janflone discuss what happened at the meeting, and how this will have a negative impact on international relations, as well as human trafficking. The Trump administration’s position on immigration is problematic even if Trump didn’t say everything attributed to him, and a number of people are defending Trump’s words as if he said them, which is highly disturbing, and also showing a lack of understanding of international migrations flows, most notably why people migrate.

“We need to be better, and looking at the rest of the world, to think more highly of people.” – Seth Daire 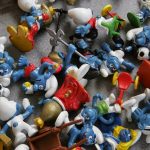 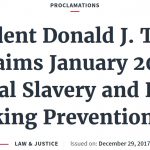