Lindsey Lohan on Trafficking and Kanye West on Slavery

Lindsey Lohan and Kanye West have both been in the news recently. Lohan tried to help a family, accused them of trafficking children, and tried to take their kids. West has tried to make some points about slavery. Seth and JJ talk about what they they did, what they seemed to be trying to do, and what we can learn from it. 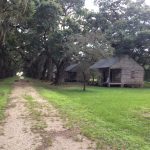 A Visit to Evergreen and Whitney Plantation Previous
How The Coffee Crisis Led To Mexican Migration To the... Next