What Surprised Us About Slavery and Trafficking

Seth and JJ talk about what surprised them as they began to learn about slavery and trafficking. Though more can and should be done to end slavery, which has been continually with us, chattel slavery was ended in England at a time when slavery was an accepted norm that it was foolhardy to fight. Things can change through the efforts of many everyday people, as it did when England ended slavery within its empire in 1833. 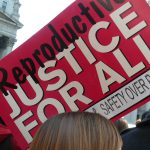