Seth and JJ review the movie Nona, primarily analyzing how it portrays human trafficking. The movie has an intelligent script, strong characterization, and beautiful cinematography shot on location in multiple countries. It’s depiction of trafficking is more nuanced than most films involving trafficking, with the focus more on dialogue and interactions within relationships. Sadly, the movie falls apart in the final scene.

Spoilers ahead. This is the story of Nona (Sulem Calderon), who met a guy named Hecho (Jesy McKinney) in her hometown in Honduras. He offered to travel with her to the United States, where she hoped to reunite with her mother, but upon crossing the border, found herself trafficked. During the first two-thirds of the movie, she and Hecho traveled through Honduras, Guatemala, and Mexico. We are given glimpses of her life through the well-crafted dialogue between the characters. This part of her journey resembled a travelogue similar to movies like Richard Linklater’s Before Sunrise. Once she arrived in the United States, a madame greeted her and sex trafficked her within a brothel. The story then focused on the relationships between the women there, telling their stories through conversations and showing them dancing, doing nails, and painting faces. The oppression and control were also conveyed, but the focus was on the agency of the women within that limited space, which is a refreshing and realistic portrayal of trafficking. When Nona was sent to the store by the madame, she was stopped by a police officer who was both racist and unsympathetic. At the police station, a detective (Kate Bosworth) talked at Nona, telling the victim what her experience was, in English, without knowing what Nona has been through or who she was. Aside from being unrealistic, it was controlling. Nona is an above-average movie about human trafficking, but the poorly written ending makes it hard to recommend, unless to show what happens when law enforcement has insufficient victim identification training and doesn’t use a victim-centered approach. 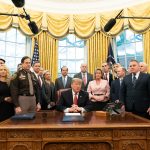 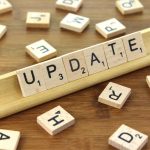